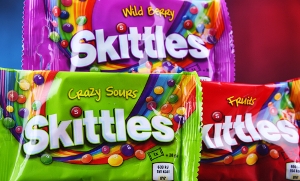 London… It was 10 years ago that the Orthodox Union (OU) sent out a warning that the popular Skittles candy carried an unauthorized OU symbol. As late as 2016, the KLBD or London Bais Din said that Skittles was not kosher albeit that a special kosher run was made for Israel. Even in the US some products, mostly from Israel, turned up with a kosher certification. In May, the KLBD officially announced that Skittles was kosher certified by their Bais Din. This history of mixed messages leaves kosher consumers confused and often forces them to avoid the product. A similar response can be expected when a product carries a generic “k” without identifying the source of the kosher certification. Even large companies like Pepsi Cola are guilty of using the “k” in many markets as opposed to rival Coca Cola which clearly manifests its OU certification. On Passover, the Pepsi products are certified by the Kof-K. Kashrus experts say that major companies “do not do themselves a favor with such ambiguous and unclear messages” of kosher certification in an age where kosher consumers demand the presence of an authentic symbol.