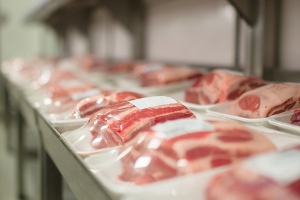 Washington DC…The recently concluded trade agreement between the US, Mexico, and Canada (USMCA) will have little impact on kosher, a survey by Kosher Today concluded. Some kosher food industry experts are still analyzing the details and especially the impact on dairy. Canada and Mexico are the first and third largest exports markets for United States food and agricultural products, making up 28 percent of total food and agricultural exports in 2017. Most of the imported kosher foods were already at zero tariffs under the previous NAFTA. In addition to the current exports of dairy products that the United States makes to Canada of $619 million in 2017, Canada will provide new tariff rate quotas exclusively for the United States.

Abraham Kurson, who heads a company that produces kosher dairy, pareve products, and meat for distribution in Mexico said that there will be no change either for kosher exports from Mexico or US exports to Mexico. He noted that Mexico does not import kosher meat from the US but that a substantial amount of meat is exported from Mexico to the US. Yakov Rosenblatt of AD Rosenblatt thought that the USMCA “may make it easier for Mexican companies to import USA beef.” A spokesman for Marvid Poultry in Montreal said that he expected no change from the no tariff policy that existed prior to the new trade agreement.