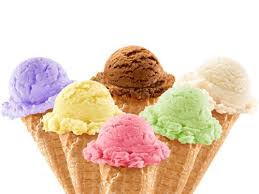 New York…After several years of what some saw as the kosher ice cream wars, the category has settled into a shared turf between Klein’s and Mehadrin. Both companies are rolling out new products and hoping to capture a larger share of the Chalav Yisrael (higher kosher standard) market. Klein’s is also enhancing its status as market leader with its Ice Cream Houses in Jewish communities throughout New York. Mehadrin is big on customer relations as well, including its Mehadrin ice cream trucks. But supermarket executives say that they carry both because of consumer preferences, largely based on product. Unlike Greek Yogurt, where customers show a clear preference (for example, Norman’s vs. Mehadrin), in the ice cream category it is the product that dictates what brand the customer buys. With estimates of sales ranging from $50-$80 million, the stores say they see growth of at least 15%, largely due to demographics where large families dominate.