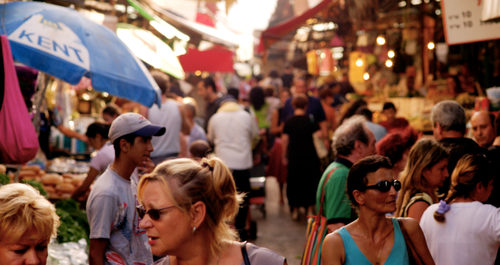 Tel Aviv…The Israeli Airports Authority estimates incoming and outgoing traffic at Ben Gurion Airport in Israel’s holiday season at 2.4 million passengers, including 1.1 million Israelis spending the upcoming holidays overseas. This amounts to a quarter of the 4.6 million tourists who visited Israel during the entire past year. The ministry says that the contribution to the Israeli economy of the tourists who visited over the past year is $6.4 billion. The leading destination for those leaving for foreign vacations in September 2019 is Turkey, followed by Greece, Italy, the US, and Russia. For many, Turkey is a place to catch a connection flight, but the number of vacationers remaining in Turkey in their vacations has recently grown. An estimated 100,000 tourists from North America will spend the holidays in Israel.