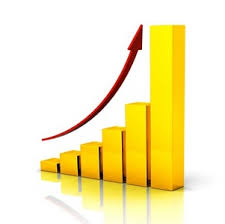 New York – If all goes as planned, there may be as many as 10 new kosher independent supermarkets by 2017, largely by such brands as Season’s, Gourmet Glatt and Evergreen, each banking on cloning their successful models. This comes on top of several major kosher stores that expanded or renovated in the last two years. Kosher food sources say that the rapid expansion of the independents is largely due to expected growth of the Orthodox community by as much as 10% a year. The communities that are expected to have the most significant growth are Monsey and Lakewood but the sources say that other communities, particularly in the five boroughs of New York, may also have 2% – 3% growth, which should at least continue to support the existing stores. It is for that reason, for example, that all three of the brands are headed to Lakewood, albeit that each will be in a different part of the city. A Lakewood community leader told Kosher Today that there were nearly 4,000 births in Lakewood in 2015, well above any other county in New Jersey with a similar population of around 120,000, half of which are Orthodox. Projections are that the population will double by 2030 and as of now, those projections seem to be pretty much on track. The population explosion has created enormous problems for local schools, traffic, and infra-structure but is seemingly a blessing for the kosher food industry. In Monsey, there are pockets of similar or even higher birth numbers. One such community is the Viznitz Chasidic community and the neighboring Skver Chassidic group where families with upward of 10 children are fairly common.

The fact that these stores will be large and have the appearance of an upscale Whole Foods is an indication of the changes that have taken place in kosher shopping over the last decade. Younger customers expect the new stores to follow the Pomegranate and Evergreen models but at the same time they are looking for lower prices. “We have to remember that the fact that there are so many larger families has also meant that many of these families are living on a fixed budget, particularly those that are studying in yeshivas,” one food source told Kosher Today. The supermarket owners who are building the new stores say that they are taking all this into account and still expect to be profitable. Now only time will tell.