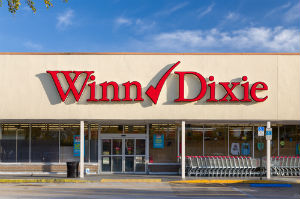 Boca Raton, FL…The huge Winn-Dixie reopened with a much expanded kosher section just as it had when a remodeled store reopened in Aventura store. Each of the flagship kosher stores of Winn-Dixie has more than 2100 kosher specific items. The stores pride themselves in the fresh kosher soup made daily, in addition to the separate kosher deli, bakery, meat and seafood departments it has offered for years. Both stores had their grand reopening in the last few weeks. Kosher distributors say that while much of the focus of late in the industry has been on the independents, large chains in many parts of the country have also upgraded their kosher offerings. Many of the stores are for the first time adding products to their traditional sets. Others are offering more chicken and meat products as well as an expanded frozen section. In many markets, the large chains are the main kosher shopping venues in their cities. Said one distributor: “It looks as if the chains are not ready to acquiesce to the independents, especially in cities with strong independent stores.” Studies show that kosher shoppers still do more than 40% of their shopping in traditional supermarkets.