Kosherfest 2022: Much Innovation And “A Real Selling Show”

Secaucus NJ…(includes highlights by Sandy Eller)… With nearly 200 exhibitors, including 90 who exhibited for the first time in the 33-year history of Kosherfest several labeled it “a real selling show.” The two-day event, November 7-8 at the Meadowlands Convention Center saw many write thousands of dollars of business including one who said he wrote more than a half million dollars of business with a new account and another successfully selling to a major international airline. The consensus was that the show headlines included much innovation and a significant upgrade “in the quality of the buyer.” Shlomo Klein, publisher of Fleishig Magazine, summed up the show this way” “This is our fancy food show and anyone in kosher who wasn’t there missed out on a lot since it was in the end a very successful year. While a bit smaller than in the past, it ended up being a more tachlis show with the right people being there. The show was a magnificent showcase of kosher and gave a real opportunity to smaller companies who got a great deal of attention at the show.”

Sruly Meyer (@srulycooks) summarized the show this way: “I loved the energy this year at Kosherfest! There is a lot of talk about who will be there and who won’t, but I found that the value I get from Kosherfest is the effort I put into going out of my comfort zone to meet and talk with everyone. I learn so much about what’s out there in kosher. I learn from the people and their products. I have made incredible connections and even friends from my experience every year. This year was not different.  It was even better than past years. I found the vibe this year to be very positive and people were excited to talk! “

The innovation was seen throughout with some winning best products in their categories. Some of the products that got rave reviews included Green Valley Oreo-Coated Hazelnuts and Lotus-Coated Cashews, Wild Country Vegetarian Tapas, imported from the Philippines, Norman’s Farmstand Fruit N’ Yogurt Smoothie, Mr. Joy! Cool Cups, Italian ices in a smaller size for kids,

Given recent events, both Hudson County SWAT and the Secaucus Police were on site at Kosherfest, with over a dozen metal barriers set up at the perimeter of the Meadowlands Exposition Center and significant amounts of weaponry in evidence. 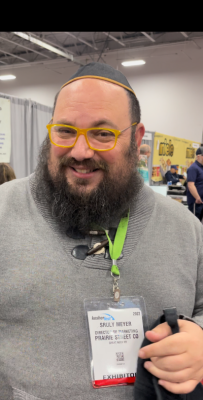 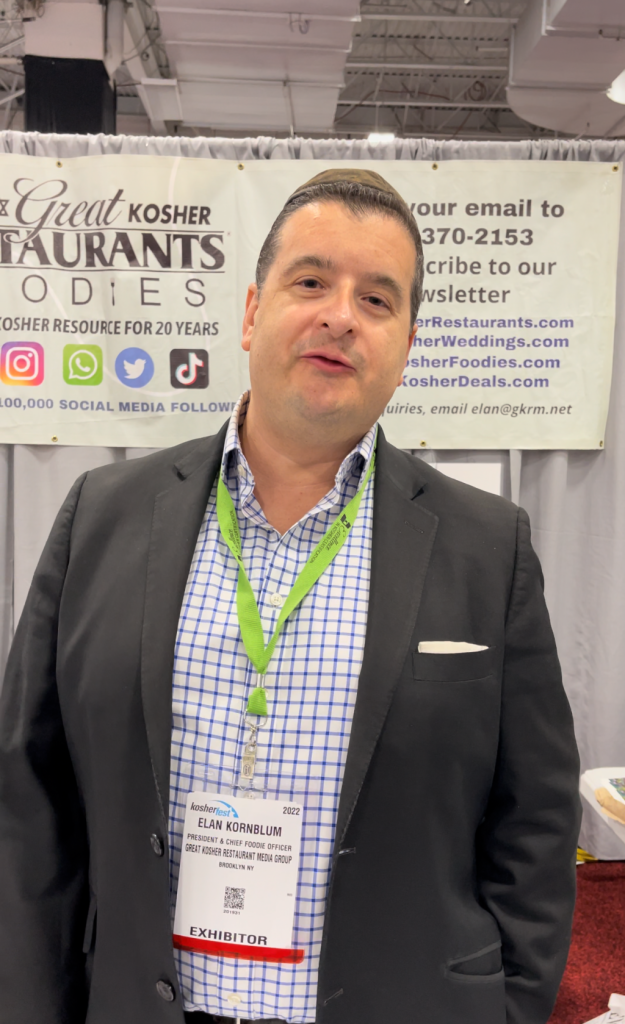