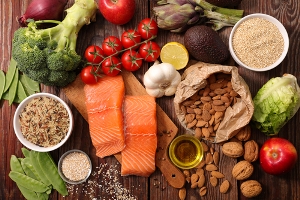 New York…Kosher experts are unanimous that the trend towards healthier foods in the kosher market will continue in 2020 even as the temptation for the traditional (non healthier) foods is also prevalent. Many consumers will be looking at less transfat and vegetarian replacemnts where possible. We already saw one exhibitor at Kosherfest using CBD as an ingredient and more is expected in 2020, according to kshrus officials. There may be more regulation in some states not only on cannabalis but also on salt and sugar. We most likely will see more plant-based ingredients and perhaps some innovation to reduce the possibility of bugs. At least one Israeli company will be bringing new technology to the US in vertical farming to deal with the ever-growing problem of bugs.

We’ll most definitely be hearing from the likes of the Impossible Burger and such butter substitutes as Betterine, a replacement for the traditional fat-laden butter. Milk is no longer only cow’s milk at kosher eateries. You can get Soy, Coconut, Almond and even Oat milk with your coffee. Consumers will be relying on authoritative nutritionists and other experts to eat healthier. At the same time, many millennials and younger customers still covet the traditional kosher foods despite their preponderance of sugar, salt and trans fats. The ever-growing popularity of cholent, kishke and kugel on Thursday nights, for example, will continue even for some who vowed to keep healthier diets.