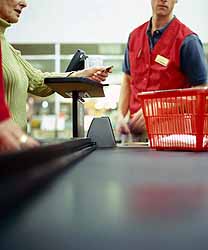 NEW YORK — Sales of kosher foods either grew by 10% – 12% or declined by as much as 5% this past Chanukah, depending on location. In a survey of nearly a dozen locations throughout the country, KosherToday found that the trend towards growth was largely in heavily populated Jewish areas like Brooklyn. In Boro Park, where the Jewish population has grown by 71% in the last decade (according to the most recent study of UJA-Federation of New York), some stores said that sales grew by as much as 20% but in Queens where growth was not as pronounced the sales growth was a more modest 3%-5%.

In most cases the sales growth was more likely to have been experienced by independent kosher grocers who dominate kosher sales in the strong Jewish neighborhoods with a few exceptions in some markets. In communities where there has been little or no change in the demographics of Jewish residents, sales on Chanukah were said to be flat or in one case -2%.

Kosher food distributors and manufacturers say that they have experienced steady growth in the past five years on holidays like Chanukah but they agree that the growth is not evenly distributed. Demographics, say the kosher food mavens, is also having a huge effect on the types of kosher foods that were sold on Chanukah. With a much younger consumer, said one expert, sales of doughnuts “were through the roof in many areas.”