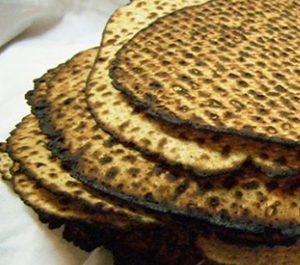 Brooklyn…Jeff had just received “a present” from his wife, a box of Charedim Matzoh which was selling for as much as $43 a lb. if one could find it. While the prices of the premium handmade shmurah matzoh were the exception, the hand-made matzoh continued its upward trend, on average selling for about $27 a lb. with $30 and above not out of the question. Owners of the matzoh bakeries are expecting sales to increase by as much as 15%, crediting natural growth and increased popularity with customers who traditionally bought only the machine-made matzoh. They indicate that they are also selling more of the hand-made variety to the growing number of Passover programs, in some cases, said one operator “by the truckloads.” Matzoh sales overall are also expected to increase as the majority of the machine made matzoh is now produced in Israel. Only Streit’s still produces Matzoh in a New Jersey factory. The price of Matzoh is even higher away from the Northeast where shipping costs tend to further boost prices by as much as $3- $4 per lb.