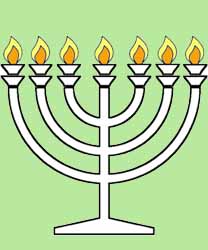 New York – “Chanukah has undergone a major makeover,” said one of a handful of kosher officials who agree that sales have soared by 10% – 15% in 2015. Abraham Banda of Pomegranate in Brooklyn said: “Everything was great; we made lots of different foods then usual and people gravitated to the new items.” Indeed, Pomegranate’s Chef Isaac showed off some of his creative latkes that added short ribs, pastrami, and smoked meats, a far cry from the standard stand-alone potato latkes. Other retailers agreed that Chanukah has experienced a major upgrade with people spending more money on quality meats and other items. Malkie Levine of Evergreen in Monsey noticed that people were spending more on Chanukah than they usually did, and not only for “designer” doughnuts at Zishes, the bakery at Evergreen. Levine and others called the sales of doughnuts this year “an explosion,” some saying that sales nearly doubled. “We couldn’t make the doughnuts fast enough,” said Levine. But it wasn’t just the doughnuts, she noted. “People went out of their way to buy special items and to make Chanukah very special.” The designer doughnuts were also a hit at establishments like Bagels and Greens in Flatbush where pralines topped doughnuts with cheesecake and chocolate inside made for a heavenly taste. While there were plenty of doughnuts, there were shortages of items like chocolate coins where manufacturers are careful not to overproduce the foil covered coins. Harold Weiss of Kayco (Kedem) says: “We continue to see our core business strong and our crossover items growing: from Gefen Chestnuts to Kedem Sparkling Juices, Candles to Coins, Oils to Cooking Spray including a growing selection of non-food items.” Weiss noted that Chanukah was symptomatic of the growth of kosher in general. “Our distribution wings are flying high no matter what the brand in kosher is we sell.”