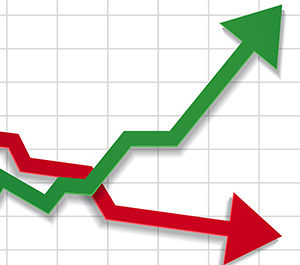 New York…It is common knowledge amongst retailers that the calendar determines the extent of the sales growth for the Passover season. When the holiday has a Shabbat during the interim days (Chol Hamoed), sales can potentially spike by double digit numbers. When the holiday falls as it did this year, with four Chol Hamoed weekdays (Monday thru Thursday), sales growth may be only half of what a Shabbat might yield. In its post-Passover survey, Kosher Today found an average 4%-7% growth this year amongst retailers, which is still significant. A Midwest supermarket that caters to the kosher market said that “sales were better than last year by far, about 3-5% better.” He added: “Matzos and juice slowed. The growth came from big jumps in secondary categories, including soda, chips, chocolate, soup mixes, and frozen entrees and pre-made deli meals.” This pattern was confirmed by stores in Monsey, Lakewood and the five boroughs of New York City. The Monsey retailer said that “people were obviously buying items for trips like snacks, cheese, and beverages rather than meal items as they would if there was a Shabbat in the middle of the calendar.”

One purveyor whose sales were more than double of what the retailers cited was Abeles & Heymann. Company spokesperson Stacey Bender agreed that the calendar played a big part in A & H’s robust sales. She said: “In addition to the retail outlets, a number of hotel programs ordered deli products as a box lunch giveaway for the 5 days of Chol Hamoed.” The calendar will once again be a factor in 2019 as Passover begins on Friday April 19th and ends on Saturday night April 27th. If there is a silver lining for those favoring the Shabbat in the interim days, it is that Passover 2019 will begin almost three weeks later than in 2018.