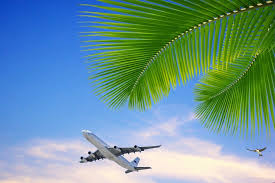 Fort Lauderdale, FL- One of the nation’s busiest hubs for kosher travelers has abruptly closed a successful kosher stand.  A representative of the Delaware North Companies Travel Hospitality Services, which operates catering services at the Fort Lauderdale-Hollywood International Airport, had promised a statement by Mr. Kevin Kelly, the CEO of the company, but it was not received in time for this issue. The kosher stand was opened with a great deal of fanfare in 2013 and, according to Jewish community sources, was extremely successful. “The intent was to offer travelers a superb product,” said Chef Allen Susser, who initially teamed up with Kosher Central Market to provide the upscale fare at the airport. Mr. Susser, a well-known chef with a history of being a successful restaurateur, ended his involvement with the kosher program more than a year ago. “That’s really sad,” he said when he learned of the closure of the kosher stand. During the past year or so, the stand was operated by Aroma Catering in Hollywood. According to Rabbi Pinchas Weitz, the stand was always under the supervision of the Orthodox Rabbinate of Broward (ORB). He too expressed surprise that the airport authorities chose to no longer accommodate the needs of kosher travelers. This comes at a time when El Al Israel Airlines announced that it would soon begin service to and from Miami. Kosher sources said that as the nation’s third largest Jewish community, the decision by Delaware North is “extremely puzzling” and even “insensitive.” One rabbi told Kosher Today: “I get it about profits and all that and perhaps they will make more money from non-kosher food but what is America without accommodation to religious needs, especially since I doubt that they were losing money.”

The kosher stand was located in Terminal 3, Concourse F of the airport, which features Jet Blue. It offered a selection of kosher turkey and tuna salad sandwiches, Mediterranean and Caesar salads and a variety of gourmet muffins. Ironically, it was Jean-Pierre Turgot, general manager of Delaware North in 2013 that originally came up with the idea. When the stand opened, there was a ceremony that included  Matt King, the then president of Delaware North Companies Travel Hospitality Services: In his statement at the time, Mr. King said: “We are continuously focused on offering a wide variety of options to travelers. Delaware North is thrilled to present our newest concepts in the new food court at Fort Lauderdale-Hollywood International Airport.” In the end, however, say Jewish communal leaders, it all came down to the bottom line and not accommodation. Many travelers are hoping that a kosher stand will eventually reopen at the busy airport.