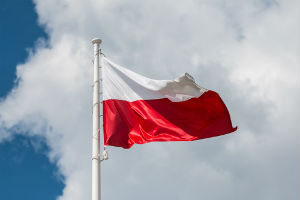 Warsaw…Jews are said to have thrived in Poland for a millennium with kosher food being as prevalent as sausages, but all that was brought to an abrupt halt with the Holocaust when Polish Jewry was all but wiped off the map. Poland is again a center of Jewish tourism and yes, production of kosher food. The country exports nearly $ 500 million of kosher slaughtered beef and lamb and hosts well over 150,000 Jewish tourists each year. A chain of kosher restaurants under the name Kosher Delight (triggers a memory for many Brooklynites) exists in Lodz, Warsaw, Lublin and Krakow. Under the auspices of the Award-winning POLIN Museum of the History of Polish Jews, the first TISH Jewish Food Festival is being planned for September 26-30. TISH* (yid. Table – in Jewish tradition, a cheerful time spent together, eating and drinking, talking and singing at a common table. Say the organizers: “TISH Festival is not another sentimental postcard from the world that does not exist anymore. During both this and future editions we will present a contemporary view of culinary traditions, and food will be a starting point to fascinating stories about Jewish citizens in Poland – now and then.”

Lovers of vegetarian food will be pleased to learn that the first edition of the TISH Festival will be devoted to vegetarian and vegan Jewish cuisine. This is in tribute to Fania Lewando, whose kosher vegetarian restaurant in pre-war Vilnius had many devoted fans among the local bohemians, including the world-class artist Marc Chagall. Fania singlehandedly attempted to revolutionize Ashkenazi Kosher cuisine by popularizing a vegetarian diet. One hundred years ago, Fania, like many of her generation, was a proponent of what today is called the “zero waste” philosophy. On the evening of Friday, September 28th, in the specially decorated main hall of the Museum POLIN an extraordinary Shabbat dinner will be served, prepared by some of the country’s the best chefs. Food tours will also be offered to locate the kosher stores, elegant restaurants and buzzy markets of pre-war Jewish Warsaw. The participants will see where people bought the best gefilte fish and sweet wine “Karmel,” whose aperitif-like flavor the Polish writer Józef Hen described in his memoirs.