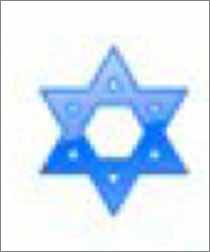 CHICAGO — A on-line project to promote Israeli products is gaining traffic and repeat visitors, according to Howard I. Bernstein, who created, funded, and operates www.buyisraelgoods.org (BIG), which has also partnered with StandWithUs. Mr. Bernstein, a principal in the J.H. Chapman Group, has been active in the America-Israel Chamber of Commerce for 25 years, and is a past president and current Senior Vice President.

According to a report by Mr. Bernstein, hits on product pages amounted to 3,075, well down from 8.411 last year (2011). In 2011, there was a big push on a BUYISRAEL WEEK, which started in November, 2011. Despite the decline, Mr. Bernstein foresees a bright future for the Website, which he said is attracting hits from all over the world, including from the United Arab Emirates. BIG is also departing from its previous policy and will accept paid advertising. Its first advertiser will be World of Judaica, which has always been near the top of the list of online seller hits.