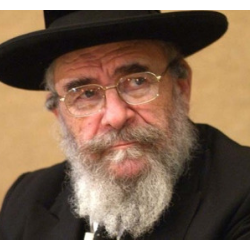 Bnei Brak…Just days after the passing of Rabbi Yehuda Leib Landau, a team of rabbis including his successor son toured establishments in the predominantly Charedi city of Bnei Brak, where the late Chief Rabbi served for a half century. They wanted to make sure that the kosher standards established by Rabbi Landau were in place. Widely regarded as a “rabbi’s rabbi” and a standard-bearer for rabbinic integrity, he has been the head of the Bnei Brak rabbinate since 1986. He gained international renown for his highly regarded scholarship and kosher supervision, which he provided at no cost to any company willing to comply with his exacting requirements. As opposed to many cities in Israel that have multiple standards and certifications, Rabbi Landau achieved virtual uniformity in his city and was widely respected for his kashrus knowledge and integrity.