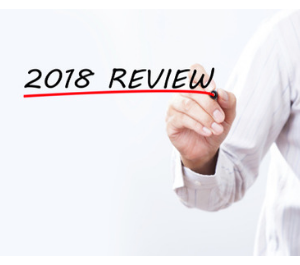 Our biggest story of the year continues to be the role of the internet in kosher. Yarden Horwitz, a former senior trends spotter expert at Google, reported a 12.5% increase in Google searches of kosher for the period of August 2016- August 2017. In its second year, kosher.com by Kayco/Kedem became a lead site for everything kosher and joined a host of other on-line sites that were being frequented by kosher foodies and others. There were major increases in the use of on-line kosher food sales as well as the ever-growing popularity of kosher restaurants doing business on-line. The role of social media, particularly Instagram has been extraordinary as was the impact of the steadily rising roster of bloggers, so many of whom were at Kosherfest this year.

It was destined to become the first large independent kosher supermarket chain with stores in four states, New York, New Jersey. Maryland and Ohio. But the overextended Seasons chain declared bankruptcy with some $42 million in debt. The good news was that by the end of 2018, many of the stores wereacquired by a well-known suitor. It was the first such declared bankruptcy by an independent koshersupermarket chain in recent memory.

The aftershocks of the opening of Bingo in Boro Park left many local retailers with a drop in sales but by year’s end, retailers had recovered most of their customer base. Next up will be a Bingo store in Lakewood, industry sources say. Retailers there expect a similar early surge of customers to Bingo but then expect their loyal customer base to stabilize the local retail market. There were, as usual, a number of new store openings and ownership changes in 2018. One new store was KolSave, by the developers of the Gourmet Glatt chain, a new “price and value-centered” kosher superstore in Lawrence(on the site of the former Brach’s). Grove Kosher Supermarket in Boca Raton expanded to Delray Beach by acquiring Glick’s. There was an ownership change at Hungarian Kosher in Chicago, from Ira Kirsche to Orian Azulay, who owns Sarah’s Tent in Aventura, Florida. Aron’s Kissena Farms opened a store in West Orange NJ in June. Speaking of retailers, Passover 2018 was a banner year with an estimated 13% growth and as many as 500 new items.

Kosherfest celebrated its 30th anniversary at the November show but it was more a celebration of the growth of the kosher food industry in those 30 years. The show recognized some 15 exhibitors who have been at Kosherfest since 1988. By all indications, kosher grew by 12% in 2018.

The Release of Rubashkin

President Donald Trump commuted the 27-year sentence of Sholom Mordechai Rubashkin, who was convicted for bank fraud while being CEO of Agri Processor in Postville, Iowa. His release was enthusiastically greeted by the Orthodox Jewish community and many others who felt that the 8 years he spent in prison was sufficient in contra distinction to the extraordinary and disproportionate 27-year sentence.

Many independent kosher supermarkets, particularly in the five boroughs of New York City, felt the pinch with the first stage of an increase of the minimum wage in New York State, which is to further rise in 2019. This forced many retailers, including those known for their steep discounts to raise prices.

Major Growth of Kosher Restaurants to Continue in 2019

There were several new kosher restaurants that opened in 2018 with more expected in 2019. According to Elan Kornblum, one of the nation’s foremost experts of the kosher restaurant scene, more than 100 new restaurants opened nationwide in 2017 and a similar number in 2018.

Royal Wines Events Maintain Role of Educator, Now Both in Food and Wine

It is now 13 years that the Bayonne NJ based Royal Wine Corporation has sponsored kosher food and wine events, first in New York and most recently in Miami, Los Angeles, London and Tel Aviv. Kosher wine sales are said to have grown by 12% in the US. While exact figures are difficult to come by, some experts say that annual sales of kosher wines and spirits in the US tops $40 million.Exports of Israeli wines to North America reached $31 Million, doubling in 5 years

Most Kosher Products, Including Matzoh, Not Manufactured in Brand Owned Plants

It is not a well-kept secret that most of the kosher brands on supermarket shelves nowadays are not manufactured by those brands. Some industry sources guessed that as much as 70% of all kosher products sold are outsourced in what has become a growing private label business for kosher. Israel is now the prime producer of most of machine-made Matzoh. One exception is the family-owned Streit’s that continues to produce Matzoh in its new facility in Moonachie, NJ.

The Chief Rabbinate of Israel and the Orthodox Union (OU) have banned the import of meat  produced in South American plants that resort to the shackling and hoisting of animals prior to kosher slaughter.

Rabbi Zushe Yosef Blech at 64, a leading expert in the application of modern technology to kosher food production. He served for 14 years as a regional director for the Kashrus division of the Orthodox Union (OU), and had since served as a technical and halachic consultant to virtually all of the major Kashrus certifying agencies worldwide.

Mendy Bauman, founder of Glatt Mart, launched in 1977 in Flatbush. Mendy was a butcher by trade and is credited for taking the kashrus and the preparation of meat and poultry to the next level. Even today, under the management of his son, Glatt Mart has a loyal base for its Star-K certified quality meats

Moshe Gordon at 70,founder of Chap-A-Nosh, an upscale takeout store as well as a restaurant in Flatbush. He eventually became the exclusive caterer at the luxurious Marina-Del-Ray wedding hall in the Bronx, significantly raising the bar for kosher catered weddings.

Rabbi Eliyahu Moskowitz, a mashgiach of the Orthodox Union at Jewel Osco, was a random murder victim in Chicago.