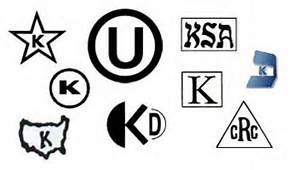 It seems that every so often I receive a frantic call from a friend about to travel to Israel with the question of “What is a good certification in Israel?” Ask an Israeli and even many American Jews who eat kosher and they will arguably say: “Israel – the whole country is kosher.” Take my friend Jerry from Manhattan who said: “I am an OU Glatt person; what is the equivalent in Israel?” That’s when I realized that outside of telling him that the OU certifies two hotels and two restaurants, the rest of my answer was long-winded, like do you eat only Mehadrin? Is Bet Yosef OK with you? How about Rabbanut Mehadrin? And so it went until Jerry was totally confused.

When Jerry got back from his 10-day trip, he recounted how difficult it had been for him, especially when he travelled outside of Jerusalem. An ardent Zionist, he seemed troubled that Israel of all countries was not a “kashrus-free” zone (meaning no worries) and that he was required to do due diligence at every turn. “It got so that I became an expert in the language of the teudot (certificates),” he said. My response: “Welcome to Israel!”