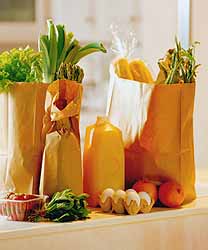 Aventura, Fl – The snowbirds who are already here in large numbers consider the local Winn-Dixie a major destination for kosher. With its own kosher deli and large selection of Israeli foods, as well as meats and bakery, Winn-Dixie is indeed a great place to shop if you are kosher. Ironically, it is Winn-Dixie that recently cut the cost of an additional 400 items over and above the 1,500 grocery items that they cut in October, many of them with kosher certification. But still nationwide and in many countries all over the world a family of four that adheres to kosher spends more than twice on food of an average American consumer of about $7,500. The weekly Shabbat or Shabbos as well as the holidays is part of the reason as are higher prices for kosher food, particularly meat and dairy. US supermarkets that target kosher supermarkets recognize the disproportionate spending of kosher consumers that often does not conform to their population numbers. Each week, kosher shoppers buy take-out, housekeeping goods as well as flowers in almost the same quantities that they do for a holiday. One supermarket executive noted: “While the kosher sections in our store do well, our success with kosher customers is just how much they shop the rest of the store,”

In the UK, an observant Jewish lifestyle adds about $18,000 to the annual budget for a family of four, largely because of kosher food. Andrea Silberman, an economist at the Treasury, and Anthony Tricot, a consultant for Ernst and Young and a former government economist, created the “Kosher Chicken Index” – what they define as a basket of goods reflecting products that Jews are likely to buy in order to lead a Jewish lifestyle. There are an estimated 284,000 Jews in the UK, according to Institute for Jewish Policy Research, around half of whom belong to the Orthodox community. In Israel, keeping kosher costs roughly half of what is in the US, largely because Israelis pay far less for such basic staples as bakery items, dairy, and poultry. Israel is also a kosher country with more than 70% of all foods being kosher certified and 40% of secular Israelis keeping a kosher home, thus enabling the kosher customer to shop almost anywhere.

Demographers say that a family of four in the Orthodox Jewish communities has become the exception rather than the rule. A Monsey family head of eight told Kosher Today that their monthly spending on food was well over $1700. It is these exceptions that have created a significant bump in kosher food sales.