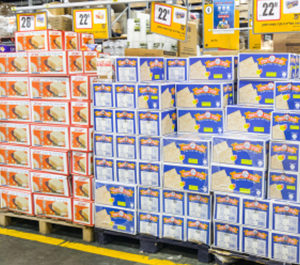 New York…This is the busiest week of the Passover season, most retailers say, with perishables and last minute items being sold the week after or the week of Passover. In many stores the pace of sales is easily topping last year’s sales, say the retailers despite the fact that a large number of people go away from home to Passover programs and relatives. The stores say that the sheer variety of the products available this year is driving sales. By last count, as many as 500 new items were added this year alone. An estimated 55,000 items were certified kosher for the upcoming Passover holiday, a remarkable increase over the 25,000 items that were said to be produced for Passover in 2005. Prices rose only slightly over the last year in most cases with the exception of meats which appeared to have gone up, in some cases more than 15%. In Brooklyn, the Bingo affect is again taking a toll on some stores but ironically those stores are also extremely busy. The growing cadre of independent kosher stores are also doing a banner business as are the “destination” stores (large kosher sections in major chain stores). Even discounters like Costco and Walmart stepped up their game this year selling pastries and grape juice.