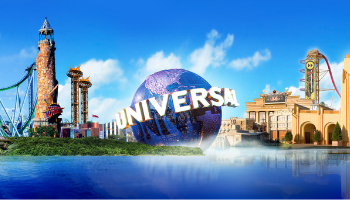 Orlando…Walt Elias Disney was said to have been a creative dreamer and genius but it is unlikely that he dreamt that the city that houses his world of fantasy and the celebrated Mickey Mouse would also be the central destination for Orthodox Jews on Passover 2019. Sources tell Kosher Today that as many as 6000 families (25,000-30,000 people) will fill thousands of villas and rentals as well as hotels during the Passover holiday (evening of April 19-April 27th) in this Central Florida city. Many kosher supermarkets will be shipping truckloads of Passover foods to the vacationers. Several kosher caterers have been retained to cater Seder meals at some of the villa complexes. The Grove Kosher Market with stores in Boca Raton, Delray Beach and Hollywood will deliver food for a $150 delivery fee with a minimum $950 order. Some New York kosher grocers will also be shipping kosher fare to Orlando. Travel experts say that many of the Orlando Passover vacationers either stayed home previously or were in one of the 100 hotel programs. They also say that this year’s week-long Chol Hamoed (interim period) prompted the expansion. “Just look at the airfares,” one expert said, “and you will quickly realize how demanding the route to Orlando is.”