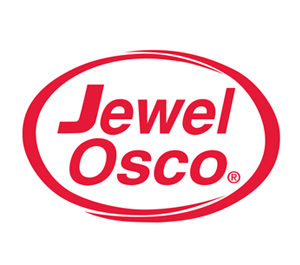 Chicago…The upcoming Passover holiday (eve of March 31st) will again demonstrate the importance of the holiday as the most lucrative kosher sales period of the year. Passover products, including such basic staples as matzoh, gefilte fish, matzoh ball mix and grape juice, will be on thousands of supermarket shelves, by one estimate over 18,000 stores but according to kosher food officials, that’s where the similarities end. While some chains have a robust Passover program with many specials on the basic staples, some actually raise prices and “simply dump the products on the shelf,” according to a key distributor. While stores like ShopRite, Stop n Shop and Giants received high marks for their Passover initiatives, large chains like Kroger’s were deemed lacking.

Yakov Yarmove of Jewel Osco who is responsible for several hundred stores says that the higher prices “could be a reflection of the shipping costs.” “Since 80% of the products come from the East Coast, it obviously costs a bundle of money to ship to the West Coast,” he noted. But yet some distributors point out that the more aggressive chains make sure to pass on savings through their advertised specials. What irks these distributors is that independents in some of the areas where there are either kosher destination stores (mostly supermarkets that have a kosher store within a store) or stores that do significant kosher business are often lower priced on the basic staples. In Yarmove’s Jewel Osco, there are more than 6000 SKU’s for Passover. Unlike the independents that buy direct from purveyors, the chains tend to buy from distributors, automatically adding another layer of cost.  “It often depends on who those chains have in charge of the kosher buying,” say the distributors, who are hoping the chains ultimately realize the importance of the Passover season. Chain stores often carry the best-selling 100-150 “safe items” out of fear that they will be stuck with the products after Passover. They tend to discount the 5-6 best seller as loss leaders, mostly the basic staples.

According to various demographic studies of the American Jewish community, Passover remains the most lucrative holiday on the Jewish calendar with as many as 70% of American Jewry participating in at least one Seder. In addition, there is much cross-fertilization during the holidays with many non-Jews joining a Seder op in fact being part of a model Seder.