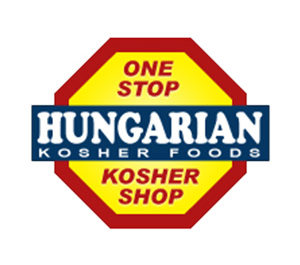 Chicago…It has been 45 years since the late Sandor Kirsche acquired a small Hungarian meat market and eventually expanded it into a one-stop exclusive kosher supermarket. In a few days, the ownership of Hungarian Kosher Foods will change hands from Sandor’s son Ira to Orian Azulay, who owns Sarah’s Tent in Aventura, Florida. According to Rabbi Sholem Fishbane, Rabbinic Administrator of the Chicago Rabbinical Council (cRc), the store will continue under the agency’s supervision. Mr. Azulay is committed to significantly upgrade the store. He acquired Sarah’s Tent in Aventura a decade ago and has transformed it into a major kosher shopping destination for residents of Aventura, Miami and other neighboring communities. As the largest independent kosher food market, Hungarian Kosher has over the years developed a loyal clientele particularly those who coveted his extensive kosher food and wine collection. But the store in recent years faced increased competition from Jewel-Osco and more recently from Mariano’s. Jewel-Osco, under the leadership of Yakov Yarmove, is a major destination for most Chicago kosher shoppers. Supervised by the Orthodox Union (OU), it is a kosher store within a store including a kosher restaurant. Mariano’s too, under the cRc. It has an extensive selection of kosher foods including fresh meats and bakery. Despite being one of the larger kosher markets, Chicago did not follow markets in the Northeast with large upscale kosher supermarkets. Azulay is certainly hoping to fill that void.