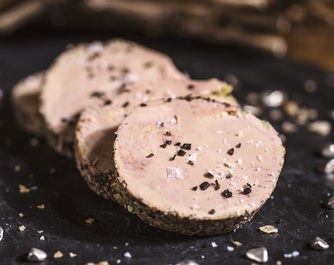 New York – The bankruptcy of a company producing kosher foie gras also spelled the end of kosher certification by the Orthodox Union (OU) of the luxury food. According to Rabbi Moshe Elefant, the COO of the OU Kashrus Division, the OU no longer certifies the controversial food that has been frequently opposed on kashrus and ethical grounds. Contrary to several bloggers and magazine articles, foie gras is not a trending kosher food despite its luxury food connotation. It is popular in many European upscale kosher restaurants but not in American restaurants.

Foie gras is made of the liver of a duck or goose that has been especially fattened. By French law, foie gras is defined as the liver of a duck or goose fattened by force-feeding corn with a feeding tube, a process also known as gavage. In Spain and other countries, it is occasionally produced using natural feeding. Ducks are force-fed twice a day for 12.5 days and geese three times a day for around 17 days. Ducks are typically slaughtered at 100 days and geese at 112 days. The force feeding of the birds has been a bone of contention for many rabbis even when the bird is slaughtered properly in terms of kashrus.  It has historically been a subject of great debate amongst leading rabbis and a subject of great controversy in Israel, including several debates in the Knesset.