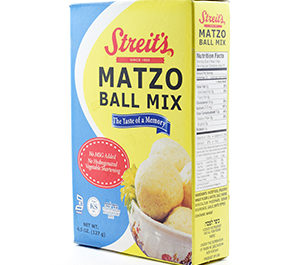 Montague NY…Molly is by no means a religious woman that is until it comes to the holidays and especially before Passover. At 81, she still cooks up a storm with her two granddaughters. Gefilte Fish? She still goes to the fish store and watches the owner grind carp with added spices, made to her specifications. She loves the Streit’s Matzoh Ball Mix, drinks borscht, and of course stocks up on Kedem Grape Juice. Of late, she has been buying the Yeshuda Matzos. What is striking is that her 56-year old daughter follows the ritual and this will very likely continue with her granddaughters. An avid Shoprite shopper, she is not alone and the good news is that these habits did not stay behind with Molly’s generation. Interestingly, some of these shoppers neither use jarred fish nor made the transition to the frozen variety, Apparently, it will not end with Molly’s generations. According to several studies, large numbers of Jews clean their homes for Passover, eat only Matzoh, conduct lavish Seder for large numbers of people and yet are far removed from religious observance the rest of the year. Once thought to be a dying breed, it is now clear that this group is alive and well in many parts of the country.