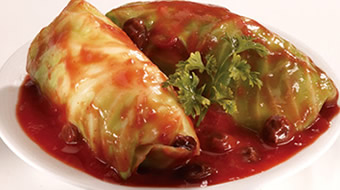 Just when I thought that I had categorized every type of kosher consumer, a conversation with an owner of a supermarket down South gave me a new one, the “why not” kosher consumer. Here was his proof: A customer we’ll call Irv is in his mid 40’s and is by no stretch of the imagination a practicing Jew. He does not keep kosher at home and certainly not when he eats out. Yet, he buys “some” Matzoh on Passover, “so-so fasts” on Yom Kippur. You get the picture. Yet Irv and his wife like shopping in a local kosher store. “It just so reminds me of the foods in grandma’s house. I am big on stuffed cabbage and Leslie loves the “kishke” like her mother used to make whenever her parents visited.”

When asked if he considers himself a kosher consumer, Irv plainly said: “kosher, why not.” So the why not customers seem to exist in many markets, most not in the major kosher hubs, but the point is “if you build it, they will come.” This means that for thousands of Jews, many unaffiliated, if there is a kosher option near their homes, they will most definitely patronize the store and buy the kosher products. Maybe, just maybe, the kosher food industry is on to something:  tap into as many as 2 million Jews who like Irv will take to kosher because “why not!” even if they are no longer practicing Jews in any meaningful way.