The latest Pew Research on the Jewish population in the US has some good news for kosher even as there is a general decline in religious observance. See our exclusive analysis…Beyond Meat’s kosher status is not just for people who eat kosher all the time, says one of its executives. Is kosher ham far behind? Heard of Facon? Now Israeli Rabbis demand it be used in Israel…Kosherfest 2021 is really happening and getting bigger by the day…Israeli hotels hope international travelers return by Succoth. Will it happen and under what conditions? Kosher community prepares for the summer but also for an early Rosh Hashanah…In My Sixth Sense, I look at how Israel’s food industry continued to manufacture despite an avalanche of rockets. Why Gazans lose out by being part of a Hamas terrorist regime…Eda Kram in her New Product Showcase covers new desserts. 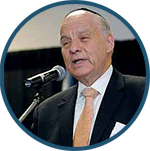