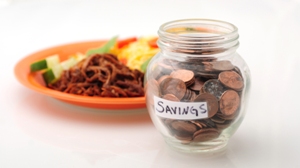 Brooklyn, NY – It simply made sense to anticipate that the highly competitive kosher market would eventually result in huge savings for the kosher consumer. After all, isn’t that what increased competition is supposed to do? Most kosher shoppers say that they don’t really see any significant differences from a year or two ago, despite the opening of such discounters as Bingo and increased kosher availability at clubs like Costco. In fact, observers have noted price increases in traditional discounters like KRM and Moshe’s, but those are largely due to changing conditions in the marketplace. The new $15 minimum wage is one reason why there have been increases in many supermarkets and even in some restaurants. Commodity prices, in some cases, have also been responsible for spikes in prices which have also affected even general items. That is not to say, say the observers, that there are no bargains to be had either at a store like Bingo, or even Trade Joe’s and Costco, but not for a shopper who simply likes to do the one store shopping at a supermarket chain store or at an independent kosher grocer. Perhaps, say the observers, we are witnessing the return of the “smart shopper” and the decline of the “one-stop shopper.” Manufacturers and distributors, on the other hand, say that they are being squeezed by the competition and facing shrinking margins. They certainly argue that they are not in a position to pass on any “savings.” The bottom line is that thus far many individual consumers are benefiting from reduced prices but the kosher market as a whole has shown no movement in prices downward.