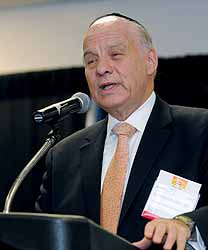 I wonder whether those whose knee-jerk reaction is to mock the kosher certification of a product that on the surface may not require kosher certification are in fact doing a disservice to kosher as a whole. What is wrong with a kosher certification that simply assures the customer that indeed there is nothing to worry about the kashrus of this product, even if it is water? Perhaps they won’t have to worry of what else was produced on that line at the bottling plant or whether the cleaning agents were indeed treif. I see this as a testimony to an extremely kashrus-conscious generation, which is nothing to sneeze at. Why make kosher consumers feel that the kashrus process is not genuine? Even a sick patient who can certainly rely on all the leniency of the rabbis wouldn’t mind knowing that what is ingested is kosher.