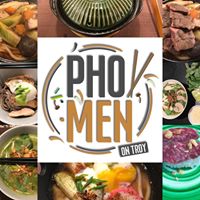 New York…If 2017 was a banner year for kosher restaurants, 2018 will most likely continue the trend, several kosher experts told Kosher Today. According to Elan Kornblum, one of the nation’s foremost experts of the kosher restaurant scene, more than 100 new restaurants opened nationwide in 2017. The dramatic expansion of kosher restaurants over the past 5 years is yet another barometer of the burgeoning kosher market in the US. It, like the booming kosher for Passover business, has played a big role in the expansion of kosher foodservice, now estimated to be almost 40% of the overall kosher market. Remarkably, younger kosher consumers are going out to restaurants more often even as home cooking is increasing. The experts say that it is a sign of affluence as well as lifestyle.

Many of the new upscale restaurants that have opened in recent years or are slated to open in 2018 are thematic, according to the experts. One good example is the planned opening of Pho Men on Troy in the Crown Heights neighborhood of Brooklyn. According to Albert Mayzels, the restaurant owner, the glatt kosher restaurant will offer “authentic traditional Vietnamese and Japanese cuisine.” Another slated opening with an Asian theme is Boru on the Upper West Side of Manhattan. Like restaurants everywhere, the kosher restaurant scene also experienced several closings, including the Prime Group, owned by Joey Allaham. Many credit Allaham with his Midtown Manhattan Prime Grill as being a pioneer in upscale kosher dining. Contrary to industry rumors about his financial difficulties, Mr. Allaham told Kosher Today “I left the business because I was ready to move on.” Other well-known kosher eateries that closed in 2017 included Ditmas in Los Angeles, Bedford in Queens and decades old, Va Bene in Manhattan.

In his end of year review of the kosher restaurant scene, Mr. Kornblum noted that “Florida bounced back from a tough season last year to much better one this year.” He also pointed out that “Las Vegas has seen a few new places in 2017 with more coming in 2018.” Kornblum also revealed that new upscale dairy restaurants are opening in Manhattan; one opened this last month and another is slated to open soon on the East Side. He also predicted that “we may see more non-kosher restaurants turning kosher, or selling to kosher in more populated Jewish areas.”