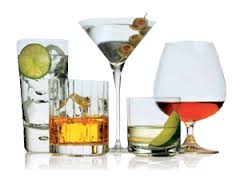 Chicago – For many years, many kosher consumers took it for granted that certain spirits were automatically kosher and many indeed were. But thanks to an ongoing review and discussions by the Association of Kashrus Organizations (AKO), new standards are constantly being adopted and refined. There are four types of Tequila, for example, and prior to the review it was believed that only one Blanco may be consumed without certification but the others required certification because of such concerns as color, flavour and the addition of glycerine. Not so, says the current review. The committee recommends that “unflavoured tequila be allowed without hashgacha, regardless of class and category, unless the label states that it was aged in wine casks.” Rum, say the rabbis, consists of ingredients that “are largely innocuous” and should be permitted without certification, save for those aged in wine casks. The AKO review recommends that Gin, which is vodka flavoured with juniper berries and other botanicals, be accepted from brand name companies without certification. Flavoured gin, however, requires certification. It has not reached a conclusion on Canadian Whisky, which it only accepts with reliable certification. Finally, the AKO review recommends that any flavoured beer should require certification. It should be emphasized that these committee recommendations are as yet to be adopted as policy and consulting local rabbis is still advised.