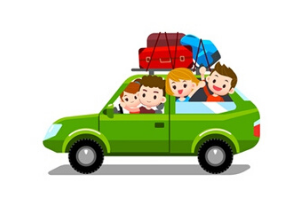 For many families that have been home bound for more than two months due to the Corona virus, the first cracks in the government restrictions was the opportunity to get on the road again. Many Brooklyn families whose children are home packed up their cars and headed to Orlando. Several older couples headed to Phoenix, as the first signs of a return to “normalcy” appeared. While still a far cry from the real “normal,” several supermarkets reported receiving orders to deliver or ship kosher food to Orlando.

There also appears to be a strong movement of families to the Catskills for the upcoming Memorial Day and Shavuos weekends. The world is opening again ever so slowly and with it comes kosher, albeit with many changes.