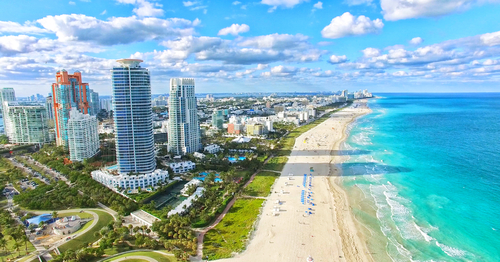 Miami Beach – Hordes of New Yorkers and Jews from other states are said to prepare to descend on South and Central Florida to what has now emerged as an annual ritual known as “Mid-Winter Vacation.” Yeshivas in many cities have in recent years introduced the mid-winter break with Florida being a prime destination for parents seeking to get away from the bitter cold in the East. Airfares appear to be higher during that period and reservations to kosher restaurants are made weeks in advance. Kosher retailers in South Florida have also increased their stock, placing greater orders from suppliers in New York in anticipation of the increased business. Thousands are also headed for a few days of Disney and the other theme parks in Orlando.