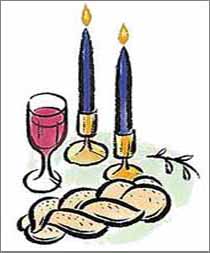 TEL AVIV — Israel’s Supreme Court uncharacteristically took the side of Orthodox Jews who complained that the Tiv Tam chain is open on Shabbat in clear violation of Israeli and municipal law. The court particularly came down on the Municipality of Tel Aviv which occasionally slaps symbolic fines which the chain is more than happy to pay.

While 70% of Israelis say that they eat kosher, many of those do not observe the Shabbat, making the Tiv Tam chain of 32 supermarkets throughout Israel a convenient shopping destination for secular Israelis. In addition, the chain is notable for being Israel’s largest store selling pork and other non-kosher products, and for most branches being open on Shabbat and holidays (except Yom Kippur). Tiv Tam is Israel’s largest producer and supplier of non-kosher meat. Orthodox Jews see the chain’s policies as an open slap against Israel’s status-quo since its founding in 1948 designating Shabbat as the official day of rest and kashrus the food of the choice of the state.

One Israeli distributor said that despite the chain’s carrying many non-kosher items, “they still carry 70% of their items with kosher certification.” The Municipality of Tel Aviv is threatening to pass new legislation to permit the stores to be open on Shabbat, but leaders of more traditional Israelis are threatening to take the case all the way back to Israel’s Supreme Court.