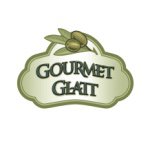 Lakewood NJ – 1:00 PM on January 19th was the magic hour for many residents as they anxiously awaited the opening of the huge Gourmet Glatt at the site of a former ShopRite. Carmi, a former Shoprite patron could not help but say that the store will finally bring closure to his sadness when the chain closed its Lakewood store. “This is a community that is exploding,” a major supplier told Kosher Today, which is the reason why two other kosher independent brands will open in the community, albeit at some distance from one another. For Henry Kauftheil, the new store will change the shopping experience while factoring in the large number of shoppers in the community with large families and on fixed incomes. This is the third Gourmet Glatt, the first in New Jersey. The others are in Boro Park, Brooklyn and in Cedarhurst LI. “Fantastic shopping experience, amazing prices, beautiful displays,” wrote one shopper on Facebook. Soon to come is a Season’s and an Evergreen, giving Lakewood residents the newest shopping experience that has taken hold of the kosher market since 2008 when Pomegranate opened in Midwood, Brooklyn. Some of the Facebook comments focused on the endless displays of quality meats, prepared foods, and ready to cook foods.