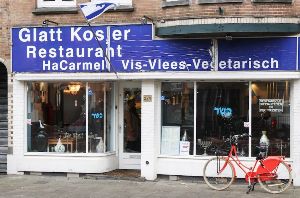 As a frequent traveler to Europe, I used to enjoy kosher restaurant hopping and the unique cuisine in each European city. It was also a place to meet fellow kosher adherents from around the globe. But in several cities kosher restaurants are no longer safe havens and in fact have become primary targets from the growing European anti-Semitism and meek response from law enforcement. Sami Bar-On’s glatt kosher restaurant in Amsterdam is one of those targets. In the most recent case in December, a 29-year-old Syrian asylum seeker smashed the restaurant’s window while holding a Palestinian flag. He then broke into the restaurant as two police officers watched and took out an Israeli flag from inside the restaurant before they arrested him. He has been charged with vandalism in an indictment that does not include an aggravated element of a hate crime. The restaurant was subsequently attacked again. He is now threatening to close one of the few kosher eateries in the city.

It is time that European cities like Amsterdam realize that they cannot have it both ways. They can’t enjoy the fruits of a robust Jewish tourism and at the same time pay lip service to anti-Semitism, much of it now from the rapidly expanding Muslim population in Europe. Unfortunately, Europe is increasingly becoming a haven for radicals and anti-Semites who care little about the Jewish presence for over a millennium. How sad!