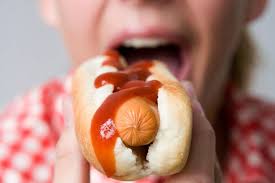 Palisades, NJ…People who observe kashrus recently received the shocking news that a stand that ostensibly had a kashrus certificate was continuing to display the certificate despite the fact that it had expired in February 2019. Even worse, the stand was selling non-kosher hotdogs leading many to believe that all the food at the stand was kosher. Some kashrus officials said that they were not surprised, saying that the onus was on the agencies to request renewal and to make sure that an outdated certificate is not used. The officials say that frequent rabbinic inspections are designed to assure that certificates are current. While putting the blame squarely on the kashrus officials responsible for the certificate, the rabbis also warned consumers to check certificates and to immediately alert the agency if a certificate is expired. One rabbi told Kosher Today: “Eating from such a stand can be tricky if there is no mashgiach temidi (permanent supervisor).” Expiration, the rabbis warned, essentially means that no one is watching the store and the kashrus is suspect. The rabbi said that the same precautions should be taken at stadium and arena kosher stands for any special events. Kashrus fraud is not new but many consumers may not be aware of the limitations of the time-sensitive certificates.