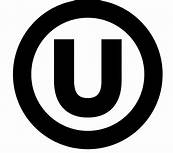 New York, NY…Kosher consumers across the US have taken for granted that Arnold’s bread and some of their other products are certified by the Orthodox Union (OU). Recently, many Arnold loyalists began to notice that the packages that have had the OU for more than 30 years no longer carry the kosher symbol. This triggered an avalanche of calls to kashrus hotlines and complaints by many to local supermarkets. Many supermarkets specifically carry Arnold’s because of their kosher certification. Owned by Bimbo Bakeries USA, the company has apparently decided to end their kosher certification, save for Arnold’s and Levy’s rye.  Bimbo Bakeries USA’s story began in 1994, when Grupo Bimbo – Mexico’s largest baking company with operations in 21 countries – purchased La Hacienda, a California-based tortilla company. Bimbo Bakeries USA then entered the U.S. bread market in 1997 with the acquisition of Pacific Pride Bakeries of San Diego. It now owns most of the baking brands in the US including

Several retailers told Kosher Today that they believe the Arnold decision might lead them to replace the bread with other brands. The decision is reminiscent to the outcry when Stella D’oro opted to make their products dairy which was quickly reversed following the protests by thousands of kosher consumers.