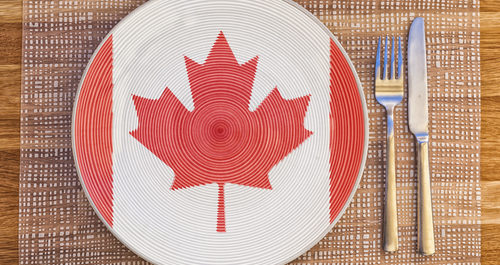 Montreal…” The fix is in and we will be paying as much as 15% more for kosher food from the US,” a Jewish community source told Kosher Today. As it appears now, especially in the aftermath of the public spat between Trump and Trudeau at the G7 conference, come July 1 kosher consumers will face the repercussions from the new US imposed tariffs on food. Although, all Canadians will feel the impact, kosher consumers are already paying much more and fret about the prospects for even higher prices. Kosher consumers in Canada rely heavily on imported foods and wines, particularly from the US, but as Jack Hartstein, vice-president of Montreal-based Altra Foods, put it: “Kosher consumers are a captive audience and can’t go anywhere else.” According to the Canadian Jewish News, the higher prices will be on a variety of staples, including ketchup, mayonnaise, soups, soy sauce, pizza, nut purees, yogurt, tableware, kitchenware, some paper products, including serviettes, and some prepared meals made of chicken and beef.