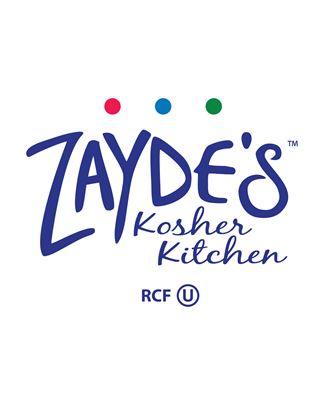 Orlando – In one of the largest initiatives to serve the burgeoning world of kosher in recent memory, the Rosen Resorts and Hotels is set to open a newly constructed 5,000 square foot state-of-the-art kosher kitchen in early December. Zayde’s Kosher Kitchen will be under the strict rabbinical supervision of both the Rabbinical Council of Florida (RCF) and the Orthodox Union (OU). This newest kosher enterprise is the brainchild of Harris Rosen, the founding President  & CEO of the Rosen properties with its seven modern and beautiful facilities, two of which are adjacent to the Orange County Convention Center. Zayde’s Kosher Kitchen includes separate kitchens for glatt kosher meat, mehadrin cholov yisroel dairy and pareve. According to Keith Keiser, the Director of sales and Catering at Zayde’s Kosher Kitchen at  the Rosen Plaza Hotel, the emphasis of Zayde’s will be on quality upscale menus that conform to today’s demands of the kosher client.  Culinary will be under the direction of Executive Chef Michael McMullen who has been with Rosen since 2006 and has a long distinguished career in managing large-scale kitchens.  Executive sous chef at Zayde’s Kosher Kitchen will be Catharina Trippett.

Zayde’s will serve the kosher community in multiple ways, beginning with the restaurants and room service at the Rosen Hotels, and offering magnificent on-site and off-site catering. Mr. Keiser predicts that the Rosen Hotels will become a major luxury venue for both personal and institutional events, from a Bar Mitzvah to a national convention for a major organization. While based in Orlando, Zayde’s Kosher Kitchen will serve a wide area of Central Florida and beyond. For Mr. Rosen, the opening of Zayde’s is all about “connecting with our tradition and heritage.” He added: “I am fond of our Bubbies and Zaydes who served as a link to our rich past and what better way to celebrate their lives than through good kosher food.” Mr. Rosen, a Jewish philanthropist, witnessed the horrors of the Holocaust as a member of the US Armed Forces when he visited the sites of the concentration camps. Amongst his many philanthropic projects is the Holocaust Museum in Orlando.