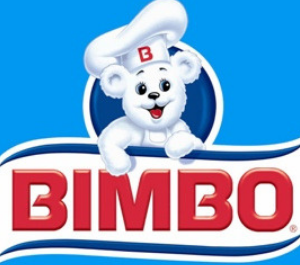 New York – In a few days, officials of Bimbo Bakeries and the Orthodox Union (OU) will meet for the second time in as many months to discuss the kosher status of many of the brands that Bimbo owns. Following the first meeting, Bimbo and the OU issued the following statement: “Bimbo Bakeries USA & the Orthodox Union had a productive meeting on December 13, 2018. We are confident that working together we can meet the bread and buns needs of kosher consumers.  Bimbo Bakeries and the OU have identified several possible solutions and aim to finalize a plan in January 2019.   Bimbo Bakeries continues to offer kosher certified breakfast and sweet baked goods products under the Thomas’ and Entenmann’s brands.” The announcement in November that the kosher certification would be dropped created quite a firestorm in the kosher community with hundreds of comments on on-line platforms. Many rabbis also used the pulpit to protest the Bimbo move.

Many protests came from customers who rely on the special low calorie and whole grain breads. Other upset customers were kosher consumers who live in smaller markets where breads like Arnold’s are their only option for kosher bread. Rabbi Moshe Elefant, COO of the Kashrus Division of the Orthodox Union, was optimistic that the OU kosher certification would continue on most products. He said that the company was undergoing some internal reviews of its baking sources and that the OU was working with them to adapt to some of these changes. The US story of Bimbo Bakeries began in 1994, when Grupo Bimbo – Mexico’s largest baking company with operations in 21 countries – purchased La Hacienda, a California-based tortilla company. Bimbo Bakeries USA then entered the U.S. bread market in 1997 with the acquisition of Pacific Pride Bakeries of San Diego. It now owns most of the baking brands in the US including Entenmann’s, Thomas’ and Boboli. In 2009, Grupo Bimbo purchased the remaining U.S. fresh baked goods business of George Weston Ltd., adding brands such as Arnold, Brown berry, Freihofer’s and Stroehmann. It also owns Sara Lee’s bread business.