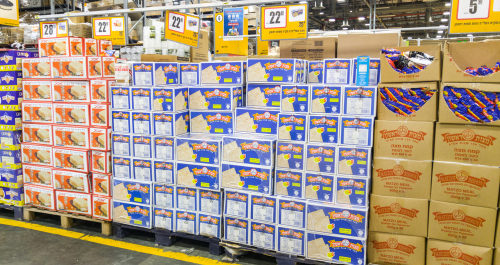 Bayonne, NJ…While the exact sales figures were still not tabulated, there was a consensus by retailers and distributors that Passover 2019 will be a record-setting season. “Best Passover Ever,” said Howard Weiss of Kayco. “Longest lines ever,” said a senior executive of Monsey’s Evergreen with its special Passover store. Several stores guessed that they were up about 10% although several went as high as 15%. The early post-Passover reviews were overwhelmingly positive. Stores were well-stocked this year even outside of the Northeast. There were relatively few reports of major shortages. As could be expected, there were some shortages here and there but nothing of the scale of previous years. In Boro Park and Lakewood, concern over the impact of Bingo’s sharp discounting proved not to have really materialized. While it is said that some stores may have lost some business to Bingo, the stores say that by and large they held their own, thanks to home delivery and their own discounting. Retailers advertised heavily to maintain their market share. Matzoh sales are said to have risen substantially with the hand-made Shmurah Matzoh in some cases going up by double-digit numbers. Some of the new products were said to have done well. The calendar played a major role as the week-long interim period (Chol Hamoed) meant an increased basket, especially for snack foods.