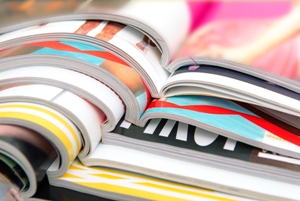 Brooklyn, NY…”Mega Pesach Issues,” the covers of the major Orthodox magazines screamed with oversized issues filled with advertising that included the major kosher food brands. It seems that the heavy advertising around Passover time had become part of the culture of the industry in a belief that it was the best time to brand and to capture the attention of a captive audience during the holidays. Yet, the sheer volume of the ads is certain to diminish recall, especially when the ads are nothing but an image of the product and an uninspiring headline. The clutter was noticeable in the magazines that were for the most part kept for almost two weeks and included special sections on preparing Passover meals. Social media also played a major role in the pre-Passover frenzy, especially on the websites of major kosher certification agencies who fielded thousands of inquiries and on sites like kosher.com. Merchandising at store level was virtually non- existent as the prevailing view was that consumers were the ones searching for products. In truth, many retailers say that their customers are either “list people” or “impulse buyers” as they surfed the aisles in the stores. Such was the marketing for Passover products in 2019.