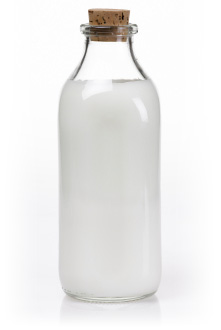 New York – An increasing number of Jews consume only Cholov Yisrael (milking supervised by a rabbi) products, contributing to sales that may be as high as $250 million in the US. But many observant Jews consume dairy products that are kosher but may not have been supervised during the milking process. They rely on a ruling by the late venerable sage Rabbi Moshe Feinstein, the legendary scholar of Jewish law, that permitted the non-supervised milk because of governmental inspection of dairies that verifies that milk from non-kosher animals is not present. Some kashrus officials rely on other halachic (Jewish law) opinions that simply follow the majority, which in the US is milk that is mostly from cows. In recent years the U.S. Food and Drug Administration has moved to broaden the definition to include milk from non-kosher animals prompting Illinois State Senator Ira Silverstein (D–Chicago) to successfully amend the Grade A Pasteurized Milk and Milk Products Act to “define labeling to address Jewish dietary issues.” While the FDA’s expanded definition includes other hooved mammals besides cows and goats, Senate Bill 1228 amends the law to prohibit the sale of other sources of milk and milk products other than that from cows and goats if they are not labeled. As a result, camel milk would not be considered kosher.

In a statement, the Chicago Rabbinical Council, headed by Rabbi Sholem Fishbane, applauded the move, but still expressed concern with the FDA’s definition of milk. Other kashrus officials reached by KosherToday also expressed the hope that the FDA would narrow the definition of milk to cows and goats, but did not see any immediate problem with the kosher status of dairy products. One official said simply: “Ask any American where milk comes from and they will tell you from a cow.”